Recently, Kampfgruppe Kingston hosted our second tournament of the year; Kingston Schwerpunkt 2019.  This was a one day, 70 point, Team Yankee tournament accepting army lists from all official Team Yankee books including Czechoslovak Peoples Armies, Polish Peoples Armies, and Oil Wars. The More Missions pack and victory conditions, as well as Battle Plans, were used for three rounds of play.

Once again, we had an outstanding turn out with sixteen players representing a close split between NATO (3 Canadian, 3 West German, 2 Israeli, 1 UK) and Warsaw Pact (4 Soviet, 1 Czech, 1 Iranian). In addition to local players, we had great representation from Ottawa and Laval. Indeed, thanks to Dan Hart making the trip up from the USA, we can declare this tournament an international event! 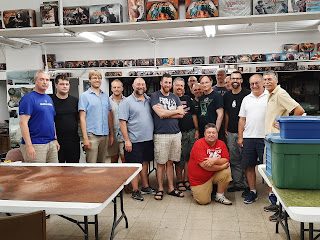 Generals gathered in their masses

The tournament pairing was done to maximize the opportunity for players to match up with folks from different clubs and to pit NATO vs Warsaw Pact to the greatest extent possible. 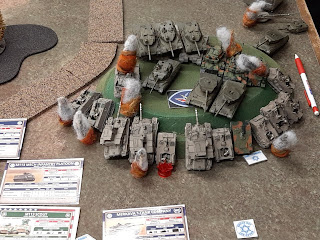 Gord's Israelis try to re-enact the Golan Heights with Jeff's W/Germans subbing in for Syrians. 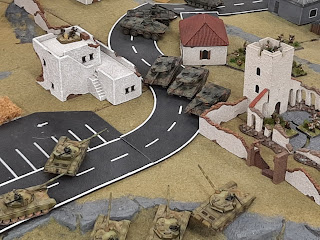 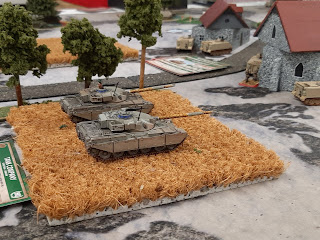 Dan's Iranian Chieftains move up for intimate support of the infantry.

Top honors of the day went to Ryan Sullivan with his West Germans. Andrew Buchan was a close second, curiously also with West Germans. Best painted honors went to Ross Bradley with his USMC and, as a rare honor, they also were judged the best smelling, due to a bit of tikka masala used in the basing! Rob Kelly had honorable mention for his Canadian amour formation. 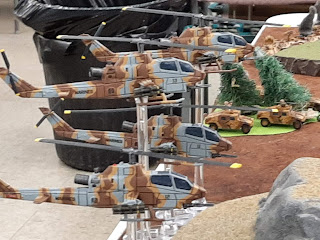 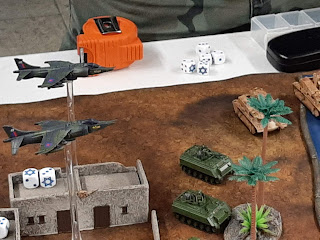 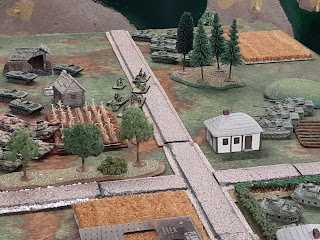 As always, a big shout out to Nexus for providing us a great space to play and generously supporting with prizes. With any luck we will get one more Team Yankee tournament in before Christmas. More to follow!
By Brummbär at August 06, 2019