Before Battlefront had come out with the Oil Wars, I was working on coming up with a Iranian Army for Team Yankee.  I was a little disappointed that some possible Iranian formations did not materialized, specifically an Iranian cavalry type formation. Nevertheless, I am pretty happy about the fact that I can finally, ‘officially’, get these guys on the table. Their first outing will be at the Schwerpunkpt 2019 tournament in Kingston on 28 July. 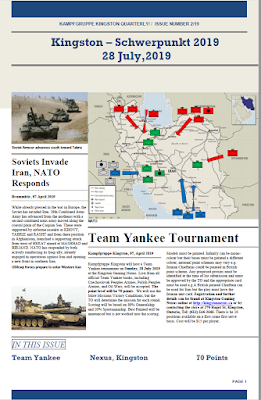 As usual it is the race against time to get everything ready before game day. I suspect the core formation of Chieftains may look surprisingly like Brits, but the supporting units are nearing completion. Of course, some infantry to hold an objective is a key for me so I opted to add the integral platoon. I went with a BMP equipped unit to add a little extra AT firepower. 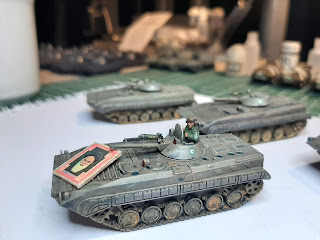 Need to Jenny Criag the poster size a bit.


No good combined arms team would be complete without some indirect firepower. 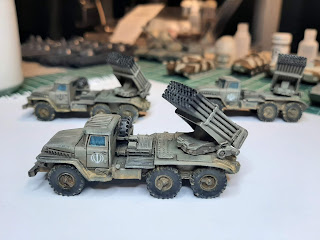 Some artistic license with the smoke effect but it looks good.


And having been harassed by USMC Cobras a couple of times in the recent past, some air defence will hopefully come in handy. 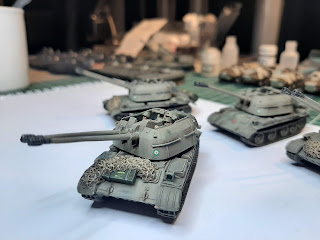 I should ad that whoever decided to make the Iranian roundel a two piece decal has a unique sense of humour!

The beauty of team Yankee, soon to be rebranded Third World War as I understand it, is that it never really happened. This allows some creativity when it comes to creating allied formations. In this particular list, the Iranians have chosen to ally with the Soviets. So, my allied formation will be a T-62M Company out of Afghanistan. 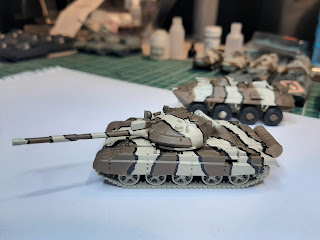 Still some work to do on these.

I am looking forward to getting these guys on the tournament table. There are still plenty of slots open for players. If you are interested, you can sign up at http://kingstonnexus.ca/events/
and the details are also at the Battlefront Events page at https://events.battlefront.co.nz/