So, 6 weeks ago I finished off my Team Yankee Soviet stuff I had been working on, and since then I have been pretty busy. Went to Arizona for 2 weeks, so what have I been up to?   Painting old DAK units. I had a box of 88s that I bought 5 years ago, Panzer IIIs I had from 2012, and Panzer IVs from the first release of Plastic Soldier Company. With this weekend's Petawawa MW tournament, it was a good time to get cracking and get these guys finally on the table. Pics after the jump


So as with the rest of my DAK, I went with the high-contrast Steve Maclaughlin look.  SIGMA technical pens to the rescue! Also note my 88 command vehicle is a 'Saurer' from Austria with the funky road wheels and tracks!


And finally, Pzr IV platoon.  These were originally late war models, but I then converted them all to have the short 7.5cm gun.  They also have lead weights inside, I hate how lightweight the plastics are. I guess I like hefty models. 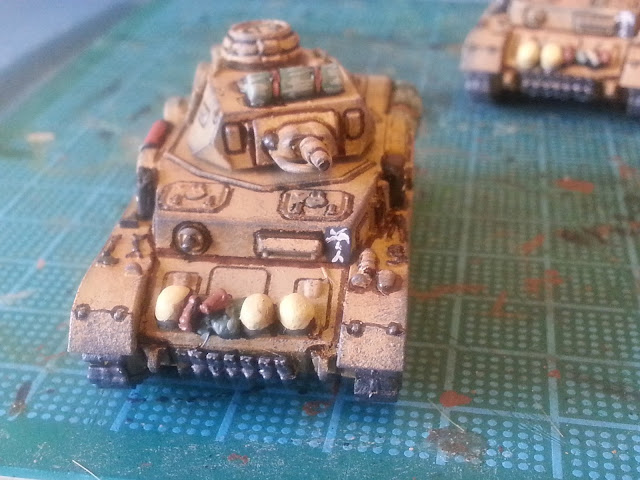