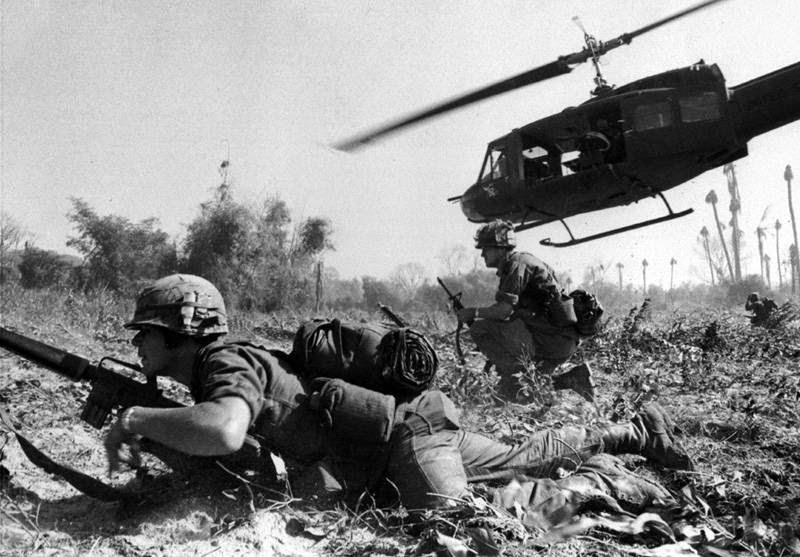 A short time ago, Battlefront had a sale on everything in their Vietnam line of models, books and accessories. I had always wanted to play a 'modern' era of Flames of War and besides WW2, Vietnam is close to my heart in the history of armed conflict. Whether it was being military brat or the fact that 'Tour of Duty' was a TV show I never missed when I was growing up. Something about the sights, sounds of the 1960's and the Vietnam conflict resonated with me and sticks with me to this day. 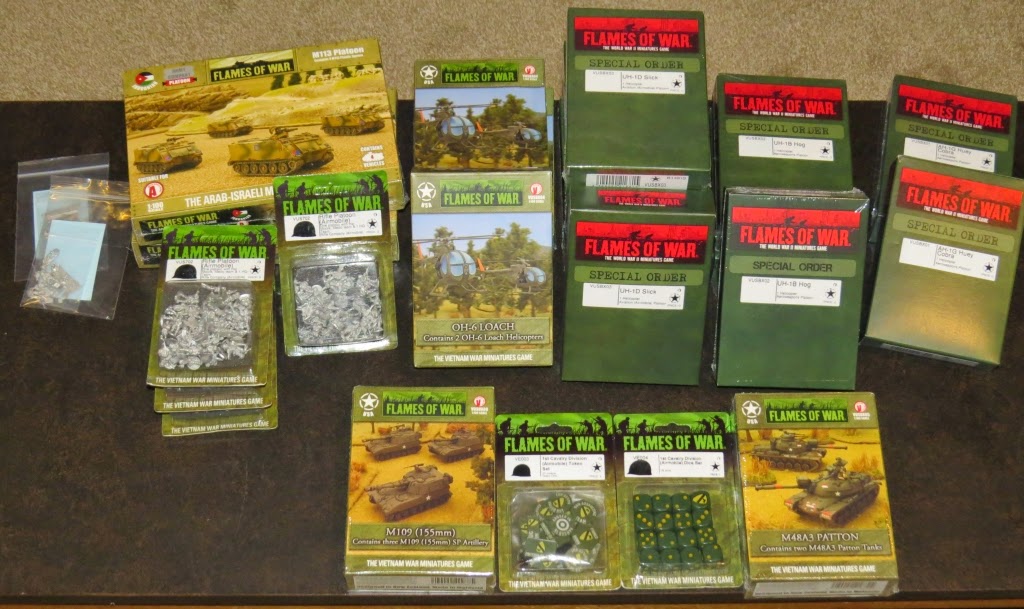 Just some of the Vietnam stuff from Battlefront I bought when the sale was on. I knew I wanted two things, helicopters and more helicopters. To this point, I hadn't even looked at the rulebook for Vietnam when I placed my order. I knew I wanted to have enough for an army of Americans to wreak some havoc on the VC and their sympathizers. A quick visit to EasyArmy allowed me to create two lists, one Air Cavalry and one mechanized. 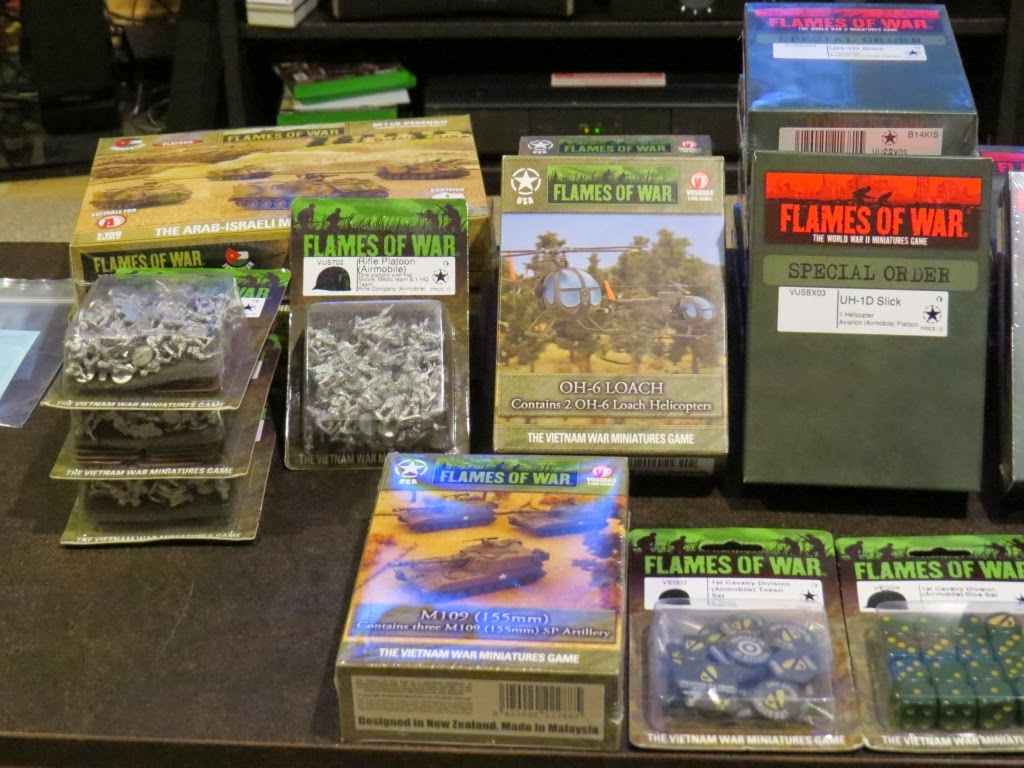 I wish I had picked up a few more tanks and some more self propelled 109's. Obviously I can add to this later and right now getting this stuff put together is my first priority going into the New Year. After getting my 82nd Airborne done and painted in 2013, I try and shake the thoughts of painting more infantry. The one thing about 1960 era troops, there is green, black and more green. I'm super stoked to paint up some helicopters though. 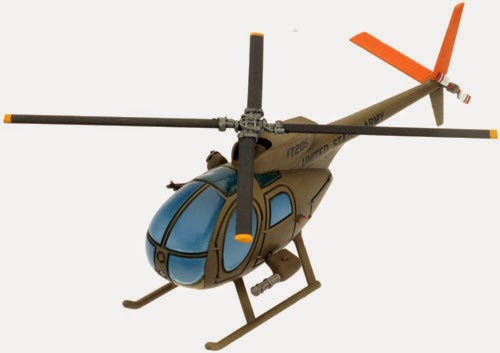 The Battlefront version of the OH-6 'Loach'. It was a nimble and fast helicopter, holding many speed and distance records in the 1960's. I have a few of these and they will provide excellent viewpoints of the battlefield as a spotter and some close air support in case there are any 'hot' LZ's. 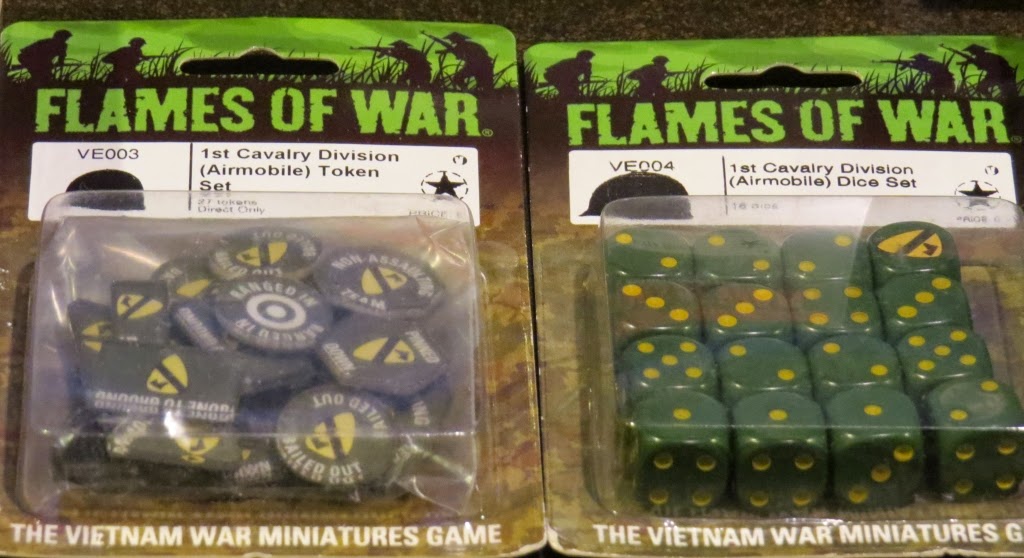 The only thing missing here is a tin for them to go into. The token and dice sets are really well done and I highly recommend picking some up. 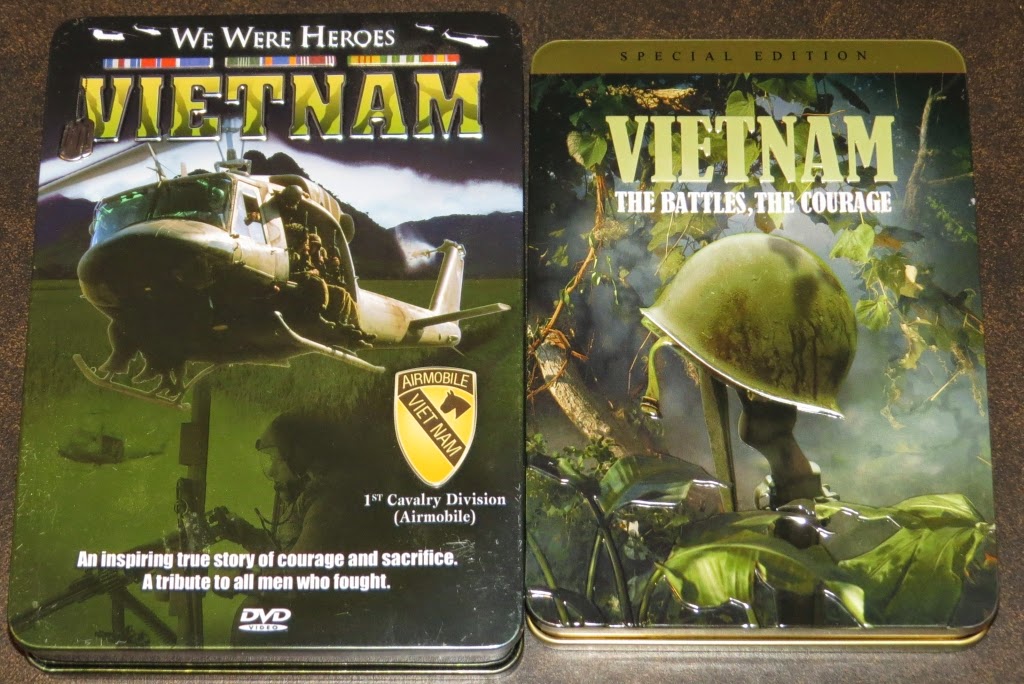 You could watch 'Platoon', 'We Were Soldiers' or 'Full Metal Jacket'. They'd provide great ideas and motivation to get some stuff put together, but there are other sources out there. These two box sets I have owned for a few years but I see them out from time to time in the bargain sections at Walmart, Target and other big box stores. I think I paid $20 for each of these and there is a ton of historical documentary information that will help with color schemes and maybe a few ideas for some table setups.
By Matty at December 15, 2014