A few pics of Cangames 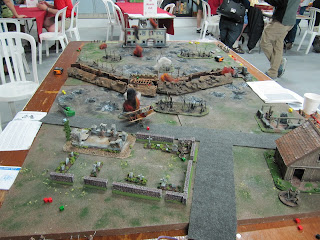 So there was over the past weekend a local Con, called Cangames.  Back in the day, it was literally the only event in town.  I recall playing my very first 40k tourney here.  Many things have changed over the years, with quality all over the place.  This year, I stopped by to see the small F0W and 40k tourney, but decided to take shots of 2 other games running. 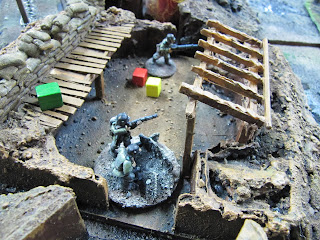 The first game is a 28mm WW I game, as you can see, Germans vs British. 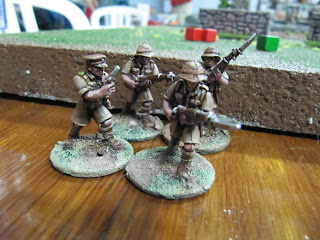 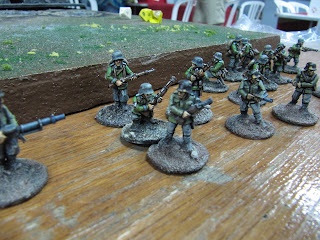 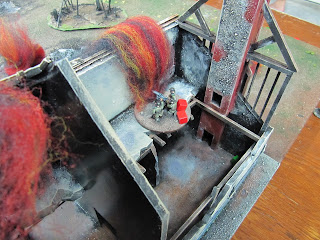 And below, is some shots of a 20mm WW2 game revolving around parachuting in to France during D-Day.  Check the cool Parachute markers, Wirbelwind, completely oversized Horsa glider, and a 1/72 C-47 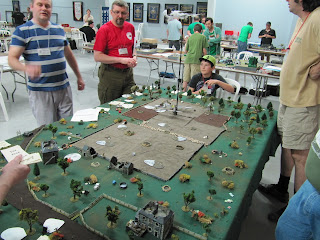 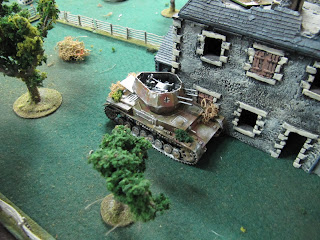 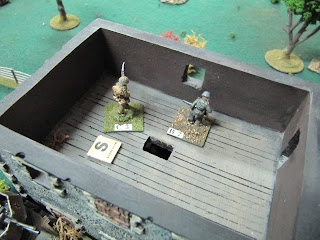 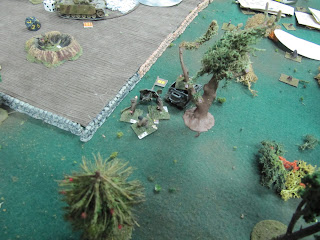 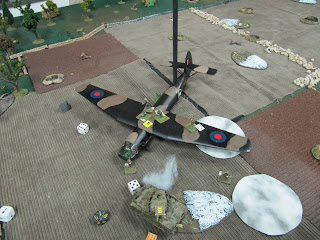 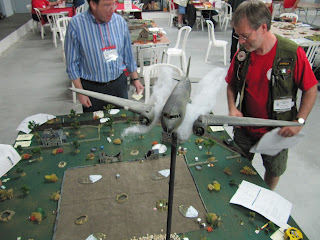 Lastly, a shot of my first completed DAK vehicle, a PzII with the black pen lining and sponge/spackled grey weathering.  I think it looks great, but looking at a calender, I realize Summer Siege is in just a few weeks, so I need to finish off some French DB stuff for it (Especially since Mike Haught has updated the points cost of the LW PDF for Version III!) 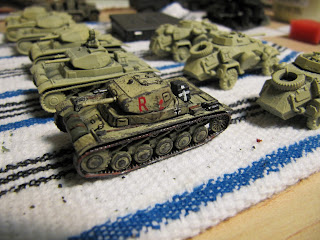