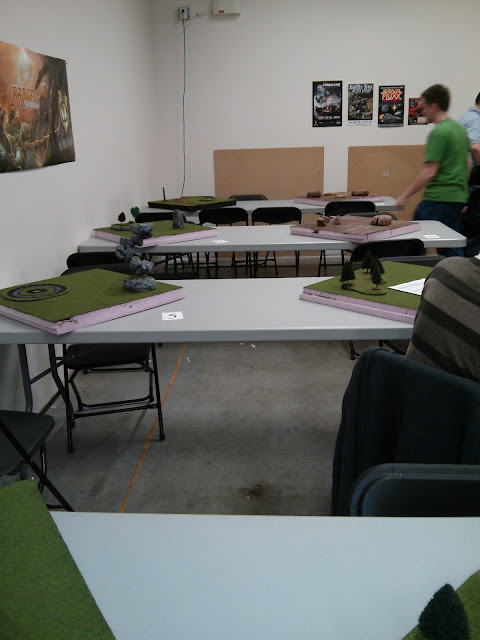 The tables were awesome- small, compact and perfect for the games. they really "encouraged" turn 1 action. 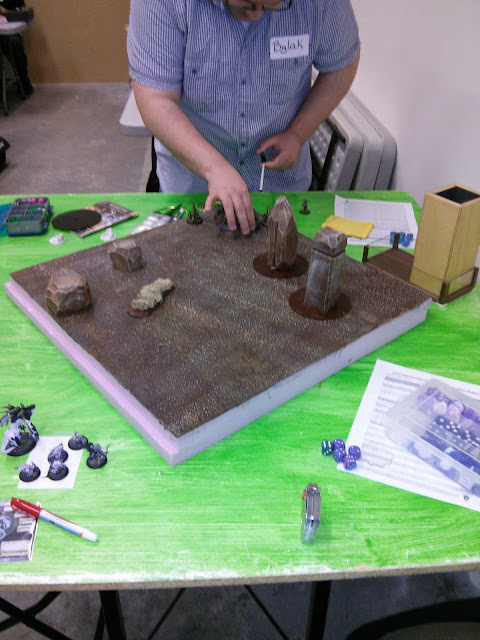 Game 1 vs Bylak's Cryx. He was a blast to play against, and damn isn't Deneghra's Feat insane! I lost via Assassination but I would welcome a game against Bylak anytime. 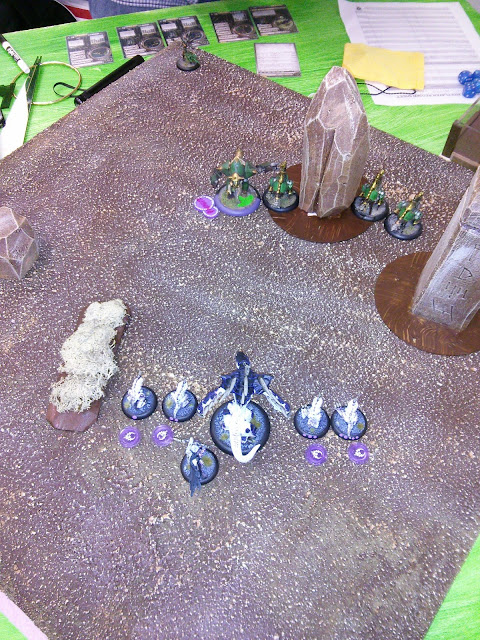 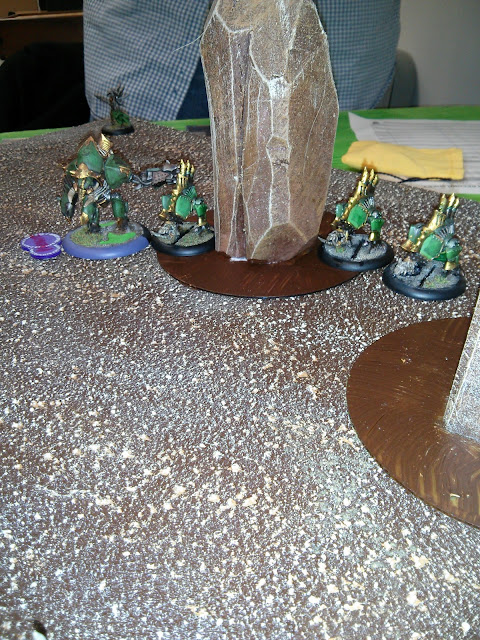 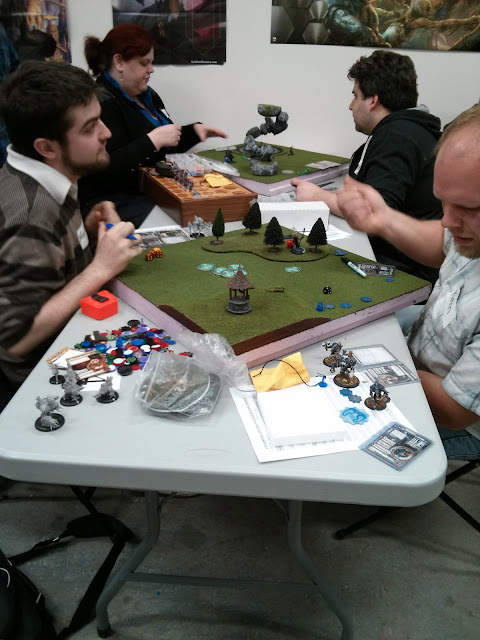 All those green tokens are wreck markers - what a slugfest! 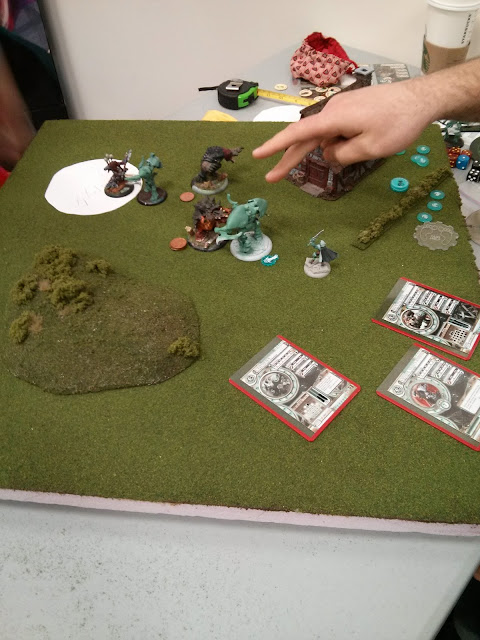 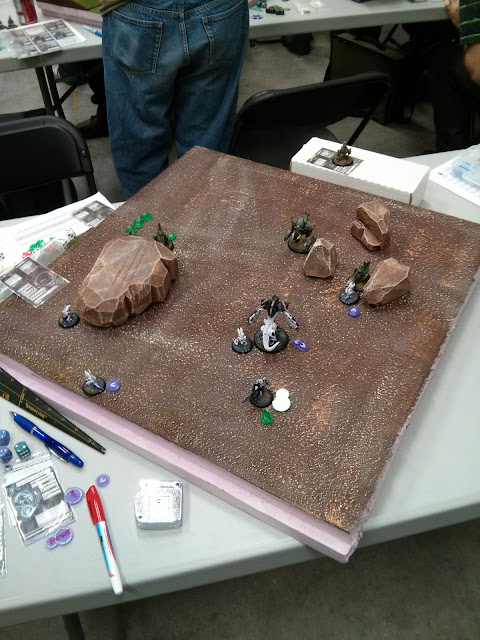 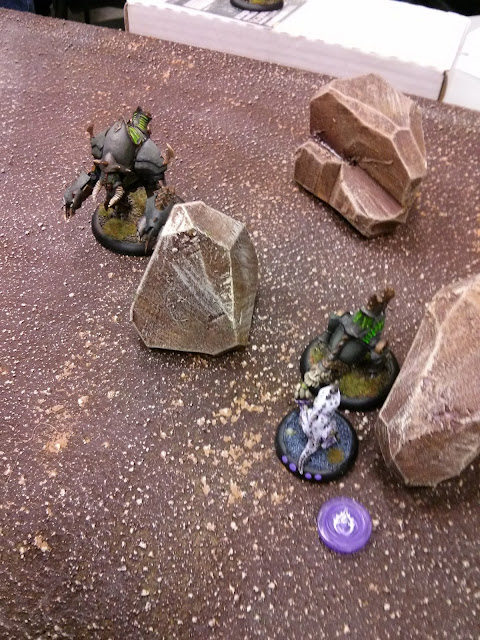 And Addam schooled me with Deneghra - I am gonna have to work on my Cryx matchups. 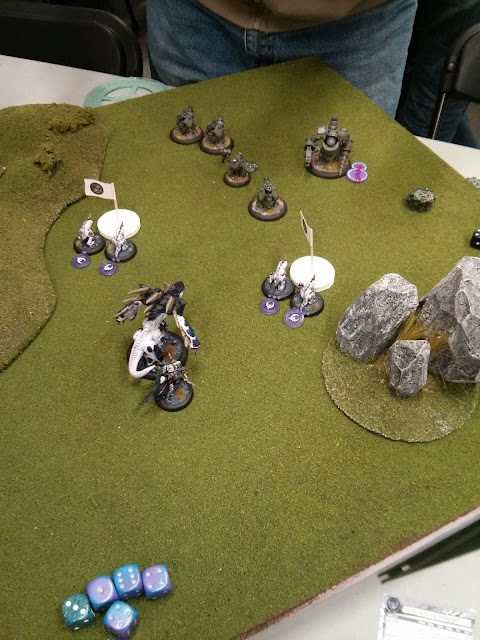 And then there was Sean's Searforge......and I learned what Gorten's Landslide does! I rushed both flags top of turn one... 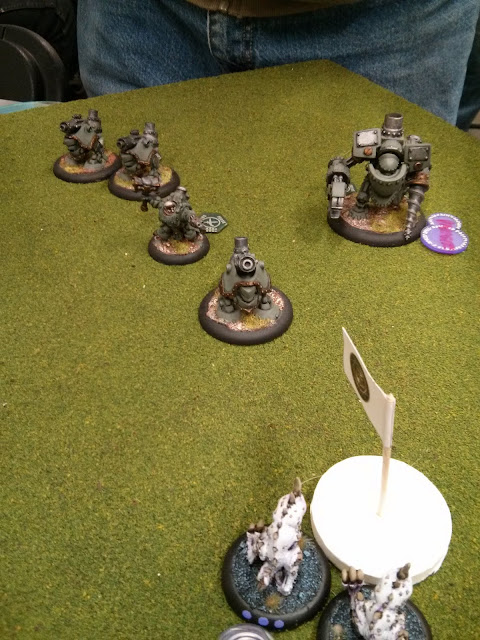 And bottom of turn one Gorten feated - and moved all my beats to clear an open line to pLylth, who he promptly destroyed  ending the game at bottom of turn 1!! It was still fun and I learned A LOT! 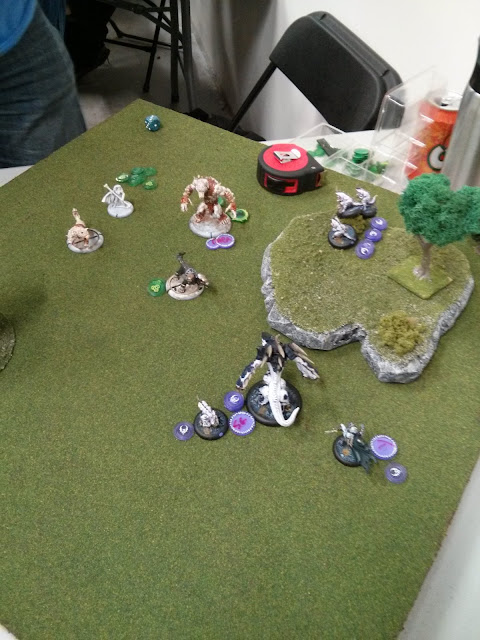 My game against Seva's Circle - I actually won this game, but not to any of my credit - Seva rushed the end zone a turn too early, exposing his caster to assassination....a lesson learned. 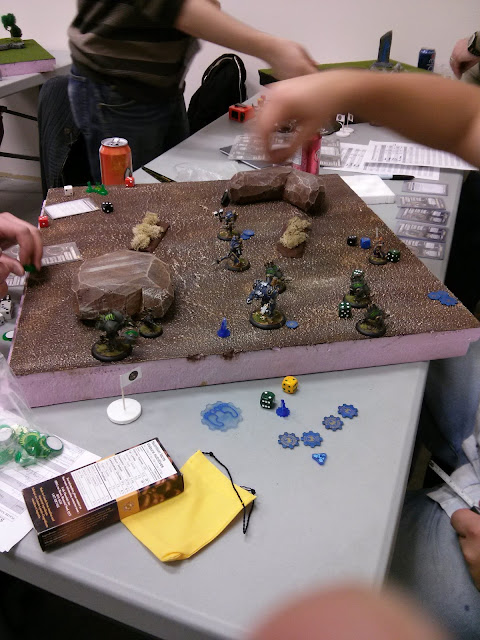 Here you can see the small "Feet/Feat" token that came in every participants "goodie bag". We all received a baggie of dice along with these custom markers for the FEAT turn....very cool idea and a welcome treat!

Thanks again to Semiautomagic - one of our local Pressgangers, his lovely wife Becky, and Kobold's Corner for hosting an enjoyable event yesterday. I met a ton of new people, and everyone was welcoming and outgoing.

I finished the day 2-3 and i think 10th out of 18? But man it was a blast. I am really looking forward to the upcoming Anomaly league and future tournaments.