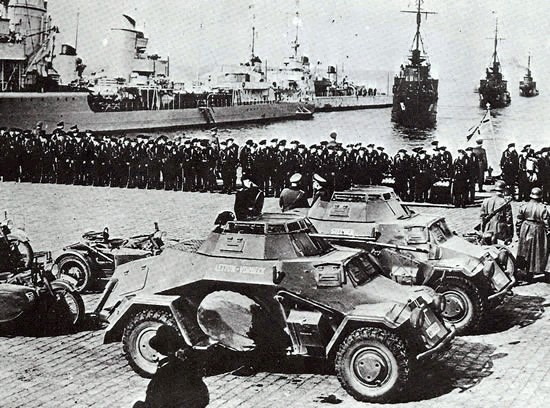 The humble 2cm scout car.. on parade for the Kriegsmarine?!?

Hey gang, another battle report at Chris', this time I will let the pics and video at the end do most of the talking.    There was some chatter about a tournament list that used 2x DAK Aufklarungs command card (scout car formation), 2 Tigers, 2 88s.   While I doubt I would ever go 'that far' I liked the concept of using the Aufklarungs card, and adding more cheap hulls to the mix:  M14/41 allied formation!    Chris has been tweaking his DAK list over the past few videos, and this time wanted to try Lorraine Schleppers.  We rolled up CounterAttack. 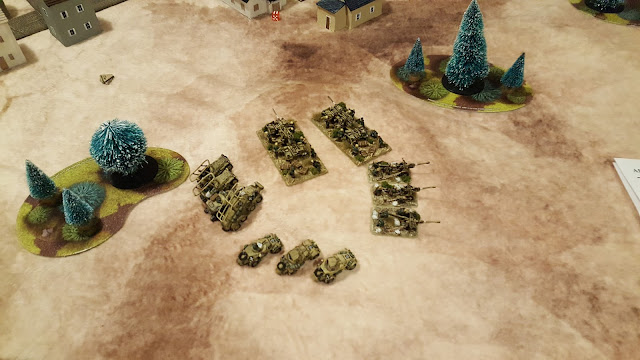 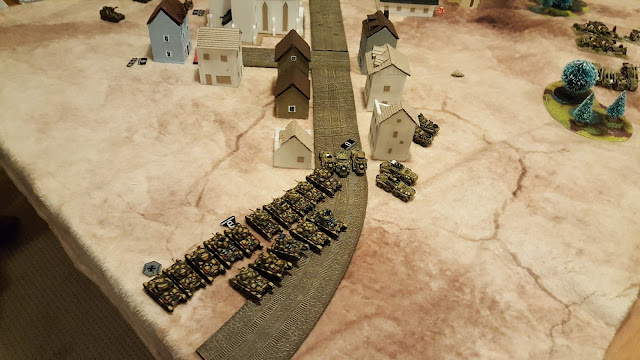 Meanwhile Chris' infantry in that town and his Schlepps have ALL THIS to deal with on the left flank! 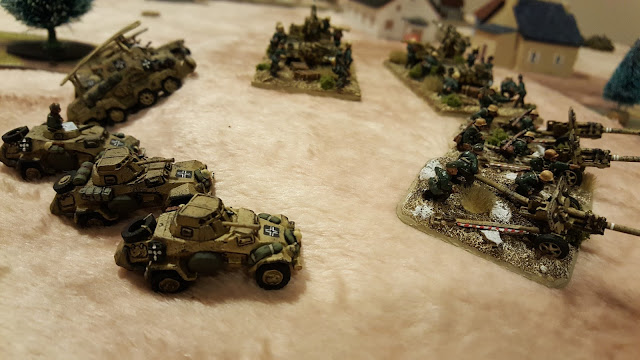 Close-up of the scout cars on the reverse slope of the hill. 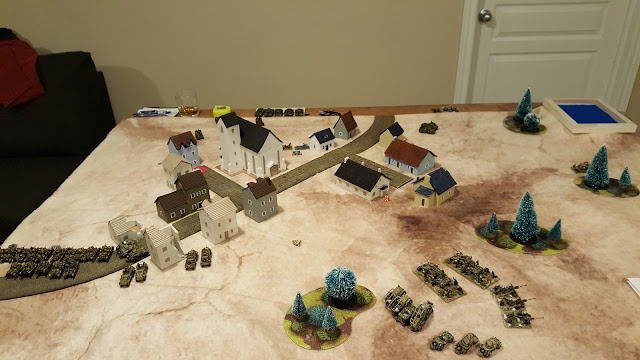 Grand overview of the deployment. 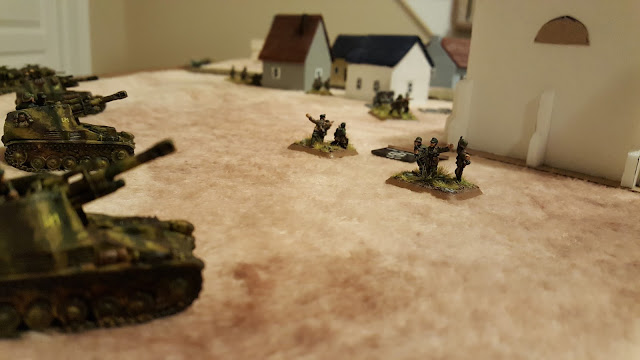 His Grenadier HQ teams yelling at the Wespe's (Schlepps) to not deploy in the open if you are defending and go 2nd! (they would get torched by '88 fire backed up by long range M14/41 shots) 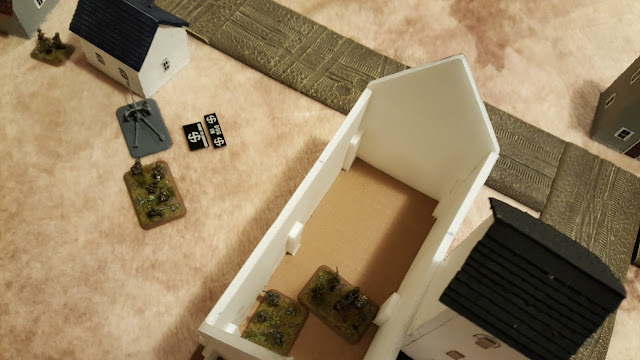 Long story short, the game would devolve into a shooting/saving throw match when Chris deploys his ambushing PaK-38s in this church (props to his home built buildings, they are ALL scratch built!!) 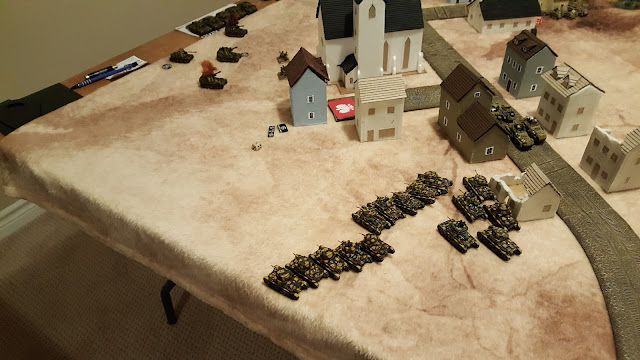 While this looks fearsome, not being to ever assault into the buildings meant 6 long turns of many shots, and hoping for missed saves, and then Firepowers.   I would usually fail the Firepowers! 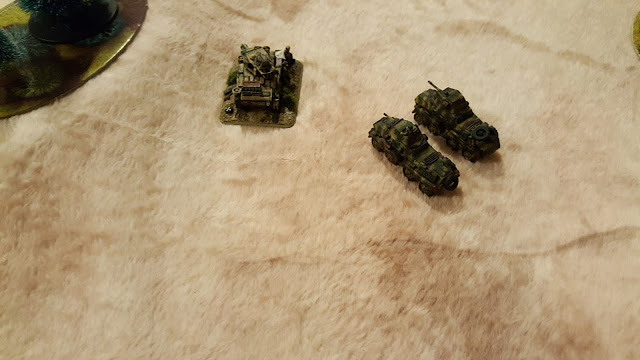 The other flank was the scout duel, with his 8-Rads duelling with mine, until his Pzr III platoon came on and I had to basically sacrifice scout cars so he could not Dash across the gap where the 88s had LOS.  This meant he could not take down the M14/41s which were pouring so many shots into the buildings, its a wonder the Church didn't fall down! 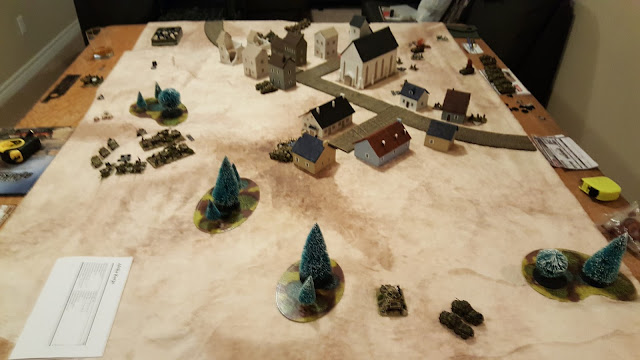 The 88s have such good LOS from that hill! 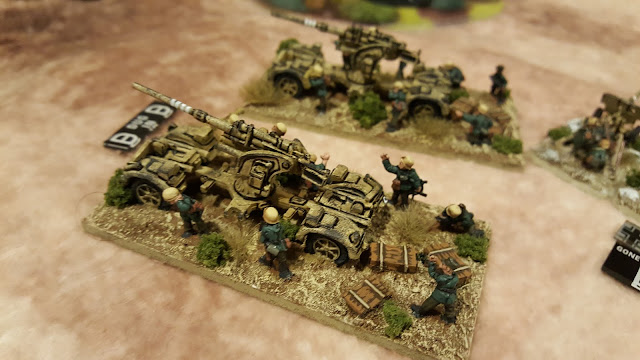 While they did not get to hit very much, they dictated his armour movement beautifully, and looked good in the process! 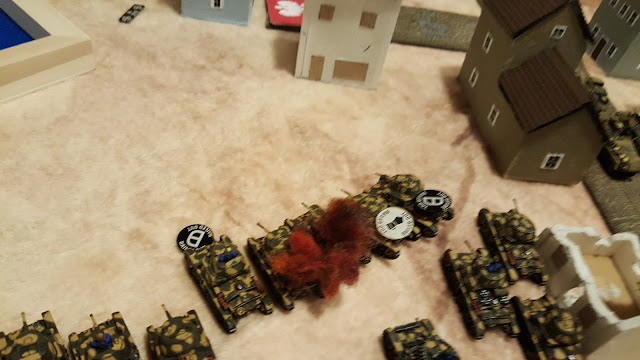 The PaK-38s in that church start wrecking M14/41s, but each bailout gets back in eventually on a 2+ 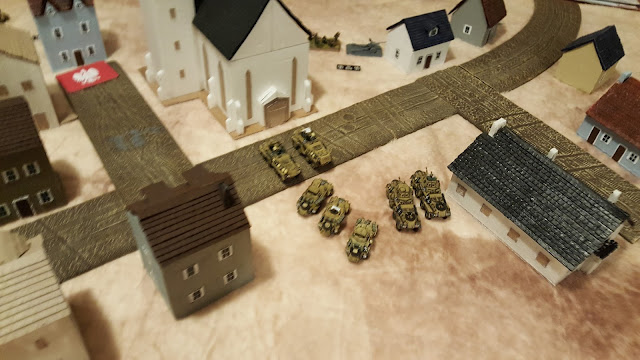 I even have to resort to using 2cm and MG fire to try and get a lucky shot through the clearly blessed stained glass windows protecting the PaK-38 crews! 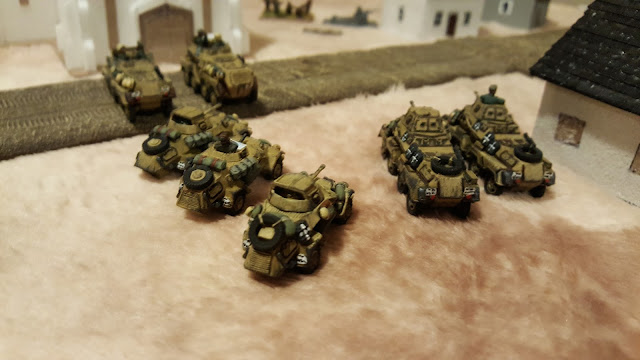 Couldn't even knock out that pbz-41 anti tank gun over by the house either!! 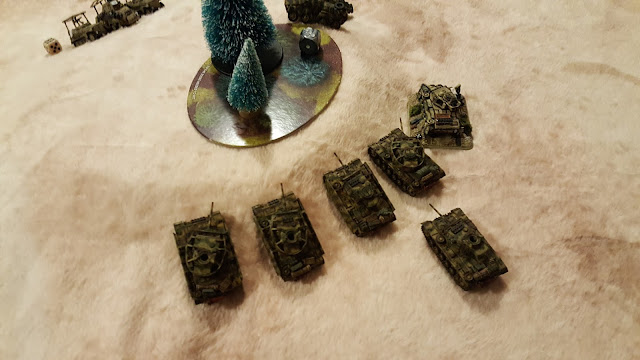 From my deployment, Chris is forced to Dash / Follow Me his Pzr III way over here, not in any position to help his infantry in the town from the might of Italian guns. 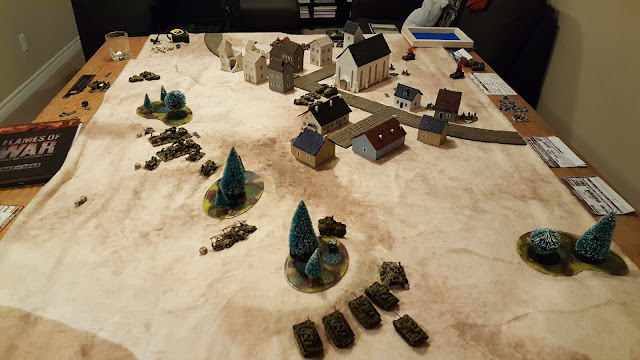 Pzr IIIs hiding behind trees from 88s, but look how far that puts them from their main target, my M14/41s at the very back of the table! 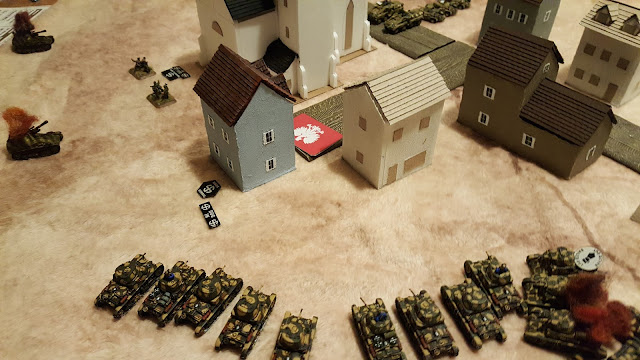 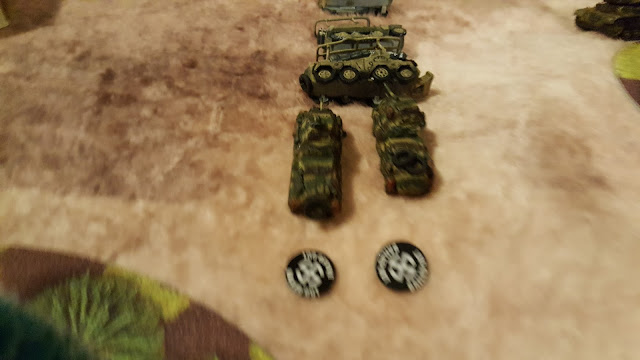 Chris' 8-rads win the Aufklarungs duel, but they had done their job: being within 8 inches of his Panzers to prevent them Dashing the gap to avoid my 88s! 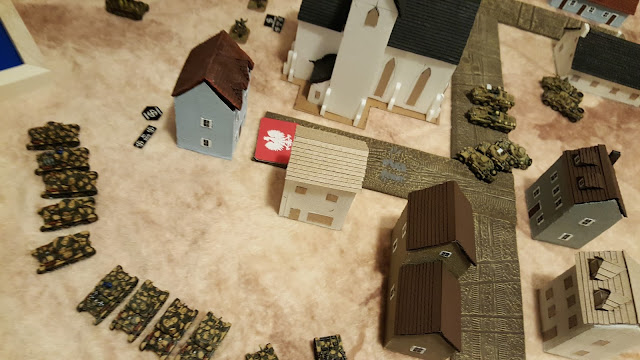 Eventually, the small DAK platoon sizes means I have his Company down to just 2 guns and the HQ elements. 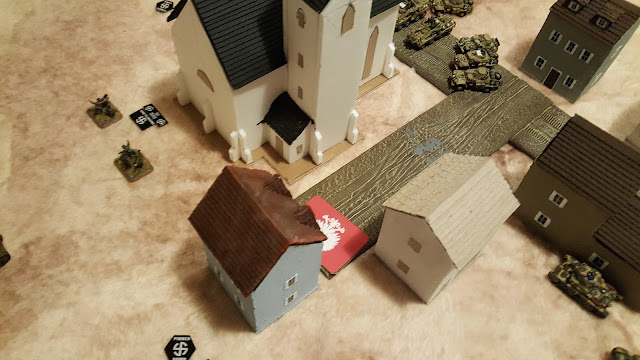 And finally, kill off the guns, the HQ formation breaks, and I claim the church.  Now the roman catholic Italian tank crews can go to Mass!

I know, not the most exciting game, shooting and trying to dig out infantry, but it was his only tactic given the way the mission mean this reserves were on the opposite corner.   Still learned that, in Version 4, not being able to assault buildings with vehicles (even if just to push them out of cover for one turn) is pretty huge, and means I need an infantry unit dedicated to that cause.    So .. now I turn to the 22 stands of unpainted Italian infantry I have laying about, begging to be finished.

Hope you guys enjoyed it, and, as always, here is the video with commentary about tactics, and so on.