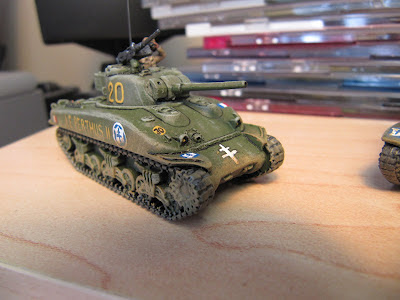 So I have been super quiet of late, and that is because I have been furiously painting my Free French for the tournament this sunday up at the Army Base.

Now, I THOUGHT they were done, but I decided to weather my tanks a bit, and used a new GW paint that had texture in it, the one I got is called Armageddon Dust. 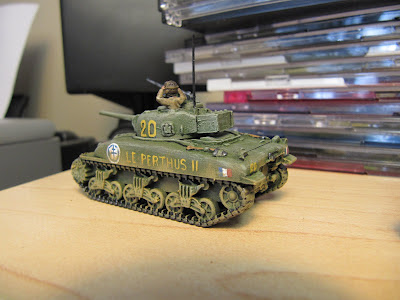 As you can see, it is fairly light, it is lighter than my old go-to for weathering, Uniform Brown (which is essentially graveyard earth from GW) which is great I found that it lacked a bit of color. Now this paint is designed to be used on larger surfaces, so MOST of the grit in the paint does not stick when drybrushing on, but thats fine by me, I want them weathered, not like they just got out of a Florida swamp! The paint itself looks like its dried up in the pot, but thats how its supposed to be apparently. I'm happy with it. Stuarts looking good as well, notice that I have used the black pen method to give some contrast on the flat green plates. I used a 0.20mm black pen from De Serres at St Laurent. It was like 4.95, not very expensive at all, and easy to use.

Catch you guys at the tourney! 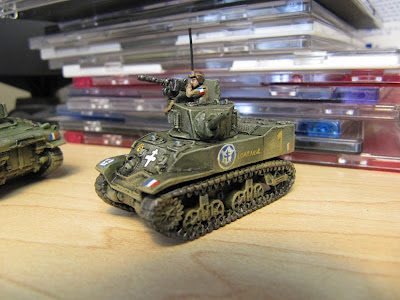